Tucked away just outside the denominacion of Priorat within the sub zone of the Tarragona DO, formally called Falset, is one of the most spectacular vineyard settings in the world. The small village of Capcanes is to be found in its own gigantic amphitheatre of vineyards, rising up to 700 metres in altitude. There is only one winery here the Celler de Capcanes. Founded as a cooperative in 1933, its 80 members now control over 250 hectares of prime vineyard land. However, just 15 of the members own 75% of the total, which allows them to determine the bodega's policy and direction in a streamlined and highly efficient manner without needless recourse to a committee. Of these 15 members it is the charming Francesc Blanche who has been responsible for taking this bodega into the 21st century. Prior to 1995 Capcanes was a major supplier to Miguel Torres. Seeing the potential for estate bottling, and knowing that the quality of the wines they were selling off was high, Francesc decided that they should re-invest in a brand new winery which would accommodate new temperature-controlled fermentation vats and an underground cellar capable of holding over 1500 oak casks for ageing the wines. Seven years on with the winery now fully operational and thriving on its ever increasing reputation, the bodega has even managed to persuade the authorities to give the area its own denominacion called Montsant.

I have now had the opportunity of visiting the cellars on two occasions. Tasting here, in their newly opened reception room, is a mammoth affair, albeit a highly pleasurable one. Their team of winemakers have almost an embarrassment of riches when it comes to choosing which grape they require to make their next cuvee. All the classics are here, Cabernet, Merlot, Syrah, Garnacha and Carinena, as well as all the indigenous Spanish varieties, both red and white. The vineyards are, as I have mentioned, spectacular, with perfect exposure. They are old too, with one particular vineyard having pre-phylloxera Garnacha, which is used to make the extraordinary Cabrida is frequently described as one of the greatest wines in the world.
Order by 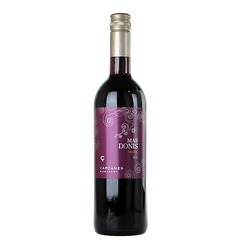 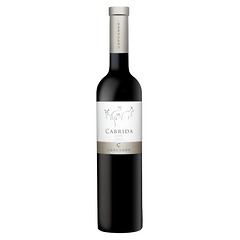 Cellar Capcanes
Montsant 'Cabrida' 2008
Bottle: £56.55
Case of 6: £307.18
Be the first to hear about our wine tasting events, offers & new imports
Join thousands of other wine lovers & subscribe to get news about our latest offerings, new vintages and tastings delivered straight to your inbox