We have had the privilege of meeting some remarkable and engaging people on our travels, but none more so than Robert Tamaracaz. Robert’s family winery, Domaine des Muses, was founded in 1992 by Louis and Nicole Tamaracaz, in Sierre, Valais. Their son, Robert, joined the family winery in 2002. Situated in Granges, in the heart of Valais, the main vineyard consists of five acres nestled in the foothills of “Pintset”, near Sierre. Nicknamed the ‘sunshine town’, Sierre boasts around 300 sunny days a year. In 2012, the estate featured in the influential American magazine, The Wine Advocate, as one of the top wineries of the year. Remarkably, 11 out of the top 14 Swiss wines reviewed, had been produced by Robert, each one coming from a different grape variety. This tells you a great deal about Robert, but also demonstrates the potential for Swiss wines.
Order by 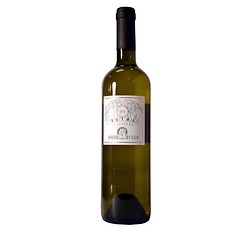 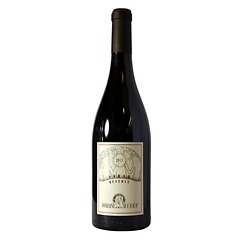 Domaine des Muses
Syrah Reserve 2013
Bottle: £40.60
Case of 12: £462.86
Be the first to hear about our wine tasting events, offers & new imports
Join thousands of other wine lovers & subscribe to get news about our latest offerings, new vintages and tastings delivered straight to your inbox