With the help of his brother, Guy, Alain Pascal works 16 hectares of vines, dotted around the hillsides of Cadiere d’ Azur. The specific Mediterranean microclimate here, brings warm weather and no shortage of sun, but it is uniquely tempered by the persistent Mistral winds, which permeate down from the Southern Rhone. This allows Alain to leave his (predominantly Mourvèdre) grapes, to reach incredibly high levels of maturity on the vines, resulting in a remarkable intensity and purity of fruit. The vineyards are composed of both clay and limestone, which also helps to impart a pronounced structure and earthy sensibility to his wines. A farmer at heart, who loves his land, the vineyards are cultivated organically and minimal intervention is seen during vinification. Following ancient traditions, the wines are matured for a period of 18 months, in old, giant foudre with no filtration and no clarification. In a sense, the wine is allowed to make itself. Alain truly has a love affair with Mourvedre and the hearty, characterful and soulful wines its produces. Where appellation law demands that each wine includes at least 50 percent Mourvèdre, Alain uses 80 percent—a choice that gives more power and concentration to the final blend. Don’t be fooled by the strength and size of the wine, there is so much class here, a complexity that reveals itself with time in the glass. Alain’s wines are as good as anyone’s in Bandol, just different and honest, like Alain.
Order by 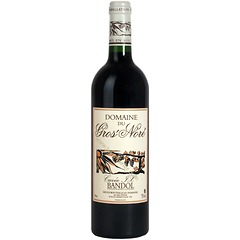 Domaine Gros Nore
Bandol Cuvee IX 2014
£33.10
Be the first to hear about our wine tasting events, offers & new imports
Join thousands of other wine lovers & subscribe to get news about our latest offerings, new vintages and tastings delivered straight to your inbox