It all began in December 2005, when a group of Sherry lovers including Jesus Barquin, a lawyer and director of the Andalusian Institute of Crimanology at the University of Granada, and a renowned food and drink critic, along with Eduardo Ojeda, the technical director of Grupo Estevez, owners of Bodega Valdespino and the La Guita sherry brand, were visiting a small and historic bodega of Miguel Sanchez Ayala in Sanlucar. It was here that they discovered 65 butts of exceptionally fine old Amontillado, which had languished unsold for around twenty years.

They decided that this wonderful wine was in need of rescue and after an exhausting tasting they selected the equivalent volume of an entire butt (600 75cl bottles) to be bottled privately for their own enjoyment and for the enjoyment of their friends within the wine industry and other knowledgeable aficionados.

At some point during this marathon tasting session it was probably agreed upon that they would need a name for this bottling and their newly formed company. They chose the name Equipo Navazos (Team Navazos) and named this first bottling ‘La Bota de Amontillado Navazos’, which was apparently inspired by Edgar Allan Poe’s story “The Cask of Amontillado”. A navazos by the way is the name given to farmland reclaimed from the river Guadalquivir estuary which surrounds this historic bodega.

This led them to search for other ‘sleeping treasures’ as they put it in the cellars of Jerez, Sanlucar, El Puerto as well as in and around Montilla. In 2006 they discovered and bottled a traditional Fino from bodegas Valdespino and a Pedro Ximenez from Perez Barquero in Montilla, each one limited to 800 bottles and with the date of each withdrawal or Saca clearly stated on the label. These were followed in early 2007 by an Manzanilla and an Amontillado once again selected from the cellars of Miguel Sanchez Ayala.

By 2007 these limited edition bottlings had begun to cause quiet a stir in the rarefied world of sherries and have been garnering glowing reviews ever since, so much so that Jesus Barquin was honoured with the ‘Premio Nacional de Gastronomia’ award in 2007 for his contribution to the promotion of traditional Andalusian wines.
Order by 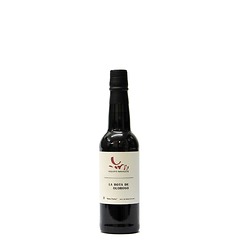 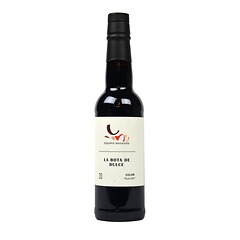 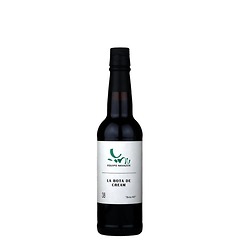 Equipo Navazos Sherry
No 38 La Bota de Viejo Cream 'Bota No' (37.5cl)
£96.20
Be the first to hear about our wine tasting events, offers & new imports
Join thousands of other wine lovers & subscribe to get news about our latest offerings, new vintages and tastings delivered straight to your inbox