Recommended to pay a visit to this domaine by Laurence Feraud, this superb property must count as a real discovery. To the outsider it is somewhat confusing since there appear to be several Usseglios in and around the village. It turns out that Jean-Pierre, who used to farm his own vineyard plots now makes the wine from his father's estate - Pierre. Raymond, another Usseglio, is his brother and markets his wines separately - follow me? Having finally found out where to go for my tasting, the next hour or so turned out to be rather illuminating, for here was a relatively unknown who was making brilliant, traditional Chateauneuf-du-Pape. I am not normally the greatest fan of the white from the area but Jean Pierre's was outstanding, being made from Grenache Blanc, Clairette, Bourboulenc and Roussanne and fermented in stainless steel. Jean-Pierre owns three separate parcels of vineyards in the La Crau, Serres and Le Bedine, which is to be found just behind Chateau Rayas. The vineyards are old with an average age of 80 years.

The three parcels are all fermented separately in concrete cuves, which provides an interesting insight into the nature of the various vineyards. None of the grapes are de-stemmed and undergo an 18 day vinification. After racking the wines are blended and aged for between 18-24 months in immaculately kept oak foudres.
Order by 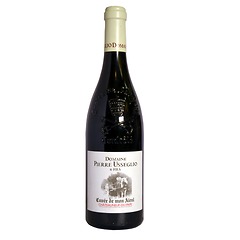 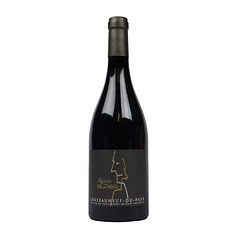 Be the first to hear about our wine tasting events, offers & new imports
Join thousands of other wine lovers & subscribe to get news about our latest offerings, new vintages and tastings delivered straight to your inbox