Château Mourgues du Grès is one of the pioneers of the Costières de Nîmes and is recognized as one of the very best estates in the region. This 40 hectare estate, is owned and meticulously run by Anne and Francois Collard. François started his career in Bordeaux, working in the cellar at Château Lafite-Rothschild. In 1990, soon after the Costières de Nîmes received appellation status, François was inspired by the potential to make great wines from this little known appellation. The terroir here is made up of 'de galets' called gres, similar to Chateauneuf-du-Pape. The Costières de Nîmes is unique within the Rhône region, because of the influence of the Mediterranean. The sea cools the nightly temperature, giving the wines a lot of freshness. François and Anne, are both very passionate about nature and have practiced organic agriculture since 2004 (certified in 2011). Like the work in the vineyards, in the cellar, all decisions are carefully taken, with the aim of getting the best possible expression. Their wines, traditionally fermented in tank, are wonderfully expressive and pure in flavour. The culmination of more than thirty years of the Collards’ work, has established Château Mourgues du Grès as one of the very best in the Costières de Nîmes. Francois Collard produces some of the most consistently charming and well-balanced wines of the region.
Order by 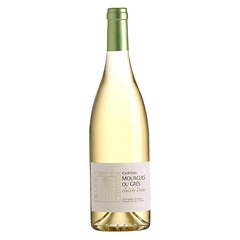 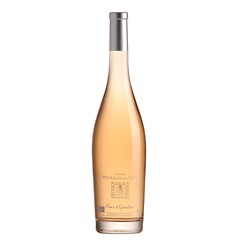 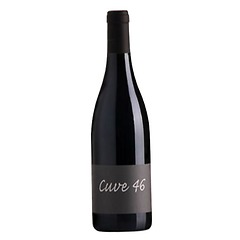 Chateau Mourgues du Gres
Cuvée 46 2019
Bottle: £17.50
Case of 12: £199.55
NEW
Be the first to hear about our wine tasting events, offers & new imports
Join thousands of other wine lovers & subscribe to get news about our latest offerings, new vintages and tastings delivered straight to your inbox