The story of Domaine les Alexandrins begins in 2002 when the former vineyard worker Alexandre Caso finished his diploma in vineyard management and decided to start his own company called Ceptentrion’Al in which he could share his philosophy of vineyard management with other growers by supplying them with a team of workers that would carry out the year round vineyard maintenance.

Alexandre’s first employee was Guillaume Sorrel, the son of Marc Sorrel, one of the top winemakers in Hermitage, with whom we have worked since 1994. Obviously viticulture and Oenology were in Guillaume’s blood and he could have had no greater tutor than his father. Between the two of them they made Ceptentrion’Al a huge success, so much so that Alexandre offered Guillaume the opportunity to become his partner in the business.

As is often the case with successful business men they did not want to rest on their laurels, so using their array of contacts they leased a plot of neglected vines in the AOC St Joseph around the town of Tournon-sur-Rhone. Through hard work and passion for these vines they rejuvenated them and initially the grapes were sold to negociants. This all changed in 2009 when, probably over a glass or two of Marc’s Hermitage they decided that they should produce their own wine from the vines that they have painstakingly cultivated and thus Domaine les Alexandrins was born.

Their first vintage 2009 was vinified at Maison Chapoutier and the following vintage in Marc Sorrel’s cellars. Like all the great winemakers they harvest by hand and although they are not completely organic they do not use pesticides or herbicides in their vineyards and ensure that each vineyard is worked with passion and respect for the environment. From 2011 they added vineyards in the AOC Crozes Hermitage to their portfolio. These vines are situated in Mercurol (Les Chassis), Pont de L’Isere (Les Flouris) and Beaumont Monteux (Vie Magne). As of now the domaine has 10 hectares of vines, including a few plots around Ardoix in St Joseph of 30 to 35 year old Gamay vines, which they bottle as an IGP des Collines Rhodaniennes.

In 2012 they took their next big step and created their own winery in a 18th century Maison in Mercurol. Their cellar is an ideal environment for the production of high quality wines with its thick walls made from Rhone pebbles and an earthen floor, which means that it has a stable temperature through the year. As I mentioned earlier all the grapes are harvested by hand, destemmed and fermented in concrete vat with daily pigeage and pumping over, followed by a three day cold maceration. The wines are matured in 1 to 4 year old oak barrels for 12 months. They actively encourage micro-oxygenation to develop the Syrah aromas but by using used casks they preserve the intrinsic nature of the fruit and its terroir. 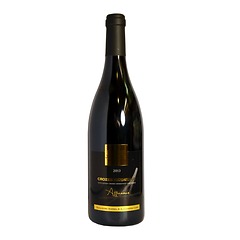 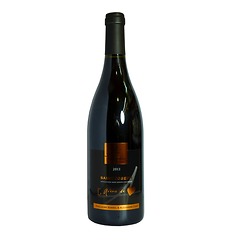 Domaine les Alexandrins
St Joseph 'L'Arene de Coeur' 2013
Bottle: £21.65
Case of 12: £246.82
Be the first to hear about our wine tasting events, offers & new imports
Join thousands of other wine lovers & subscribe to get news about our latest offerings, new vintages and tastings delivered straight to your inbox