Chris and Andrea had previously been on Gauntleys radar as at the time they were both working at Tulbagh Mountain Vineyards after gaining wine making experience in France and California. However in 2007 they had a desire to strike out on their own and with the help of two private backers began looking for an opportunity. Having settled in South Africa there was no need to look further afield, it was just a case of which part of the country to lay down roots, so to speak.

According to Chris, Swartland was an obvious choice as during their time at Tulbaugh Mountain Vineyards they had created a â€˜negociantâ€™ range of wines with grapes primarily sourced from growers in the Swartland region and in doing so they had become knowledgeable of the different soil types and terroirâ€™s of the region. Just like a number of other famous winemakers they had a restless desire to craft distinctive, individual wines from these different terroirâ€™s. To that end they have leased 7 hectares of vines, spread across 21 different vineyards which include the Iron rich soils of Malmesbury, the Quartz, stony Shale and Schist of Riebeek Kasteel, where the winery is situated and the decomposed Granite of the Paardeburg mountains.

According to Andrea the wines produced from schist-based soils tend to have blue fruit and earthy character. They are well structured with good acidity, and form the backbone of any blend. The Granite soils is composed of a sandy topsoil that is has exceptional drainage abilities, but the thick, dense layer of clay (which often lies meters below the surface) acts as a slow release sponge for the vines deeper roots over the summer. Wines from granite soils tend to be exceptionally pure with a granitic perfume and nervy acidity.

Vines grown in gravel and iron based soils struggle to grow, as there is never excess water about (resulting in extremely low yields) but they are protected from serious stress by the soilâ€™s water retention capacity. This helps the vines towards the end of summer, when it is very dry in the Swartland, allowing them time to build complexity and tannin in the grapes. Wines produced from these soils tend to be deep in colour and are very concentrated. They easily show reduction, while being structured and grippy on the palate. They bring loads of mid-palate to any blend.

I donâ€™t think it will come as any surprise to you when I say that their philosophy in both the vineyards and the winery is to work as naturally as possible. Like many other great winemakers they are obsessed with the concept of terroir and thus both Chris and Andrea are focused on producing wines that are a true expression of the Swartland region.

In the winery their focus is to maintain elegance in their wines, not extraction. The grapes of the region have plenty of natural extract and character, so as Chris says, â€˜we make sure not to go crazy on extractionâ€™. This means, on average one or two gentle pigeages per day throughout fermentation and a good four to six week maceration which helps to focus and round off the tannins. The wines are pressed directly into French oak foudres and demi-muids for malolactic fermentation and maturation and they adjust the amount of new oak that is used in order not to mask the personality of the vineyards. Finally the wines are racked as infrequently as possible and bottled unfiltered, generally unfined with moderate sulphur levels.
Order by 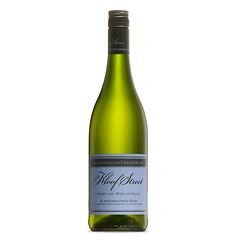 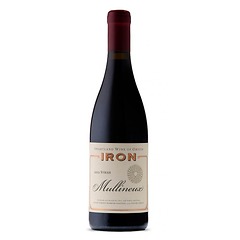 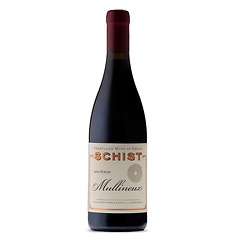 Mullineux Family Wines
Schist Syrah 2013
£62.36
Be the first to hear about our wine tasting events, offers & new imports
Join thousands of other wine lovers & subscribe to get news about our latest offerings, new vintages and tastings delivered straight to your inbox